Tangueras and Tangueros alike enjoy the bliss of a tango marathon. A whole weekend of pure dancing with likeminded dancers! 030tango provides tango marathon calendar, to make it easier for you, to find your next tango destination!

Tango Encuentros are a type of Tango event, where dancers get together that care specially about the ronda and codigos.

If you organize and event and would like to add it to our tango marathon calendar, please use our event submission form:
Event submission
Loading view. 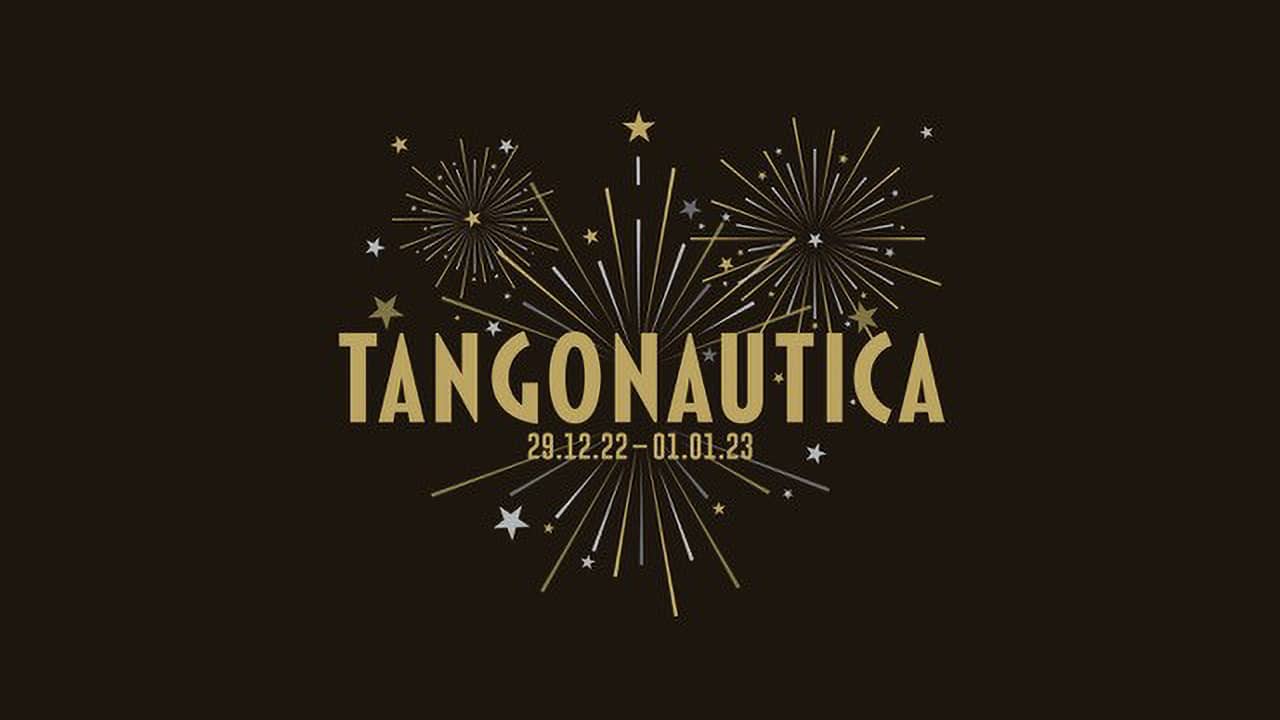 To enjoy this weekend with about 160 from near and far, the marvellous location in the city center of Basel offers ideal conditions: wooden floor, daylight, professional sound system, a bar in the back and an area to rest. Tangonautica is aimed to be a cozy event, full of good vibes to make you feel […] 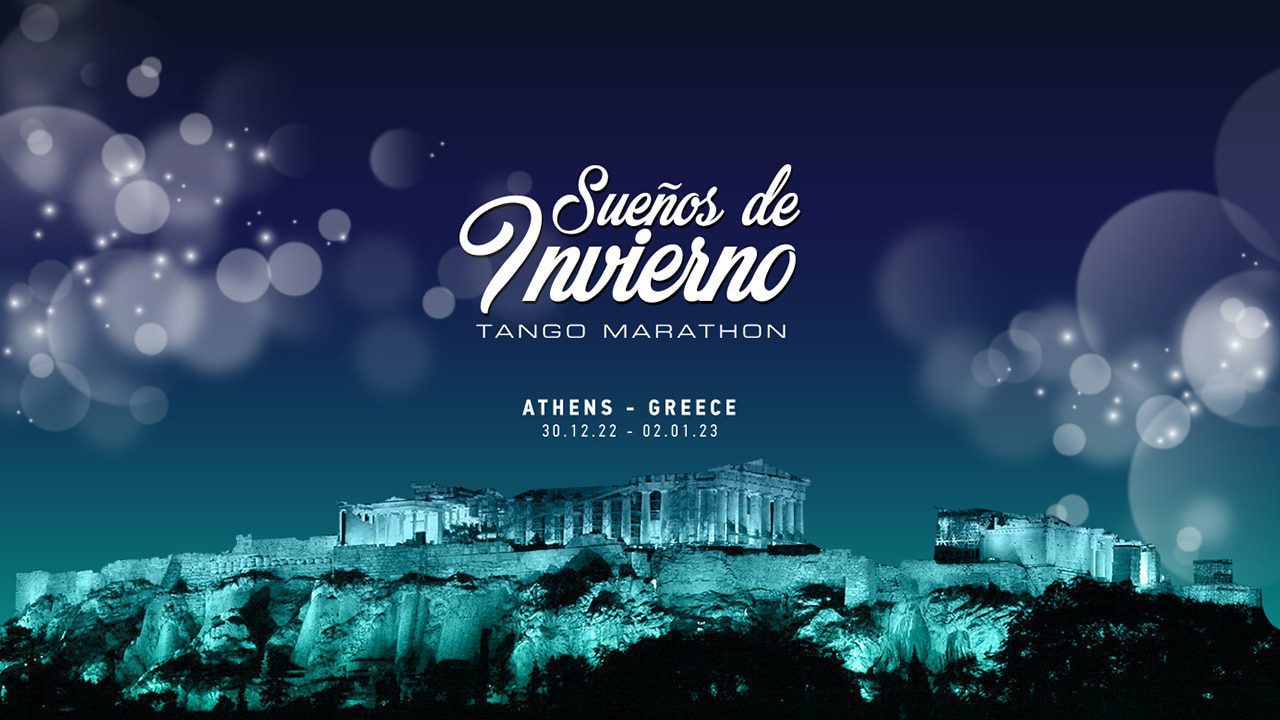 We invite you to celebrate New Year's Eve in the heart of Athens !! Four days full of tango and happiness is waiting for you in a warm and friendly event. Great djs will be setting your feet on fire during the whole weekend Gianluca Zeccardo (Rome - Italy) Alexia Mourtidou (Thessaloniki - Greece) Georgia […] 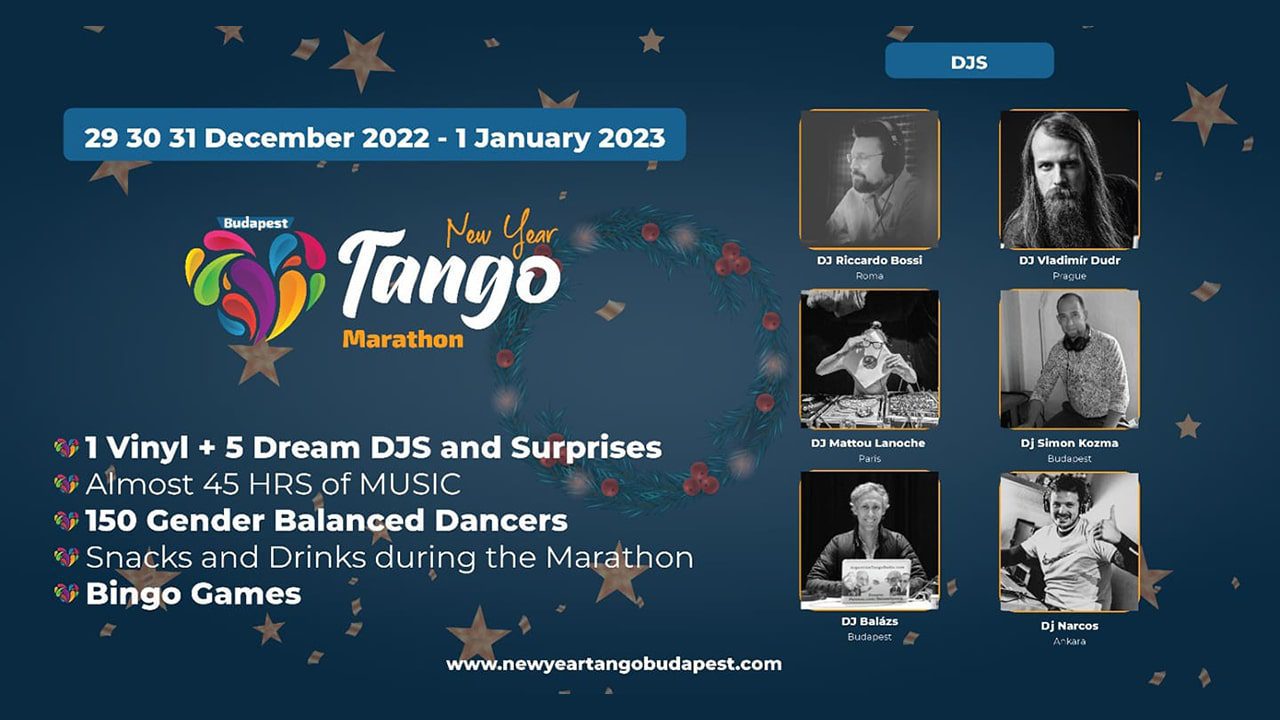 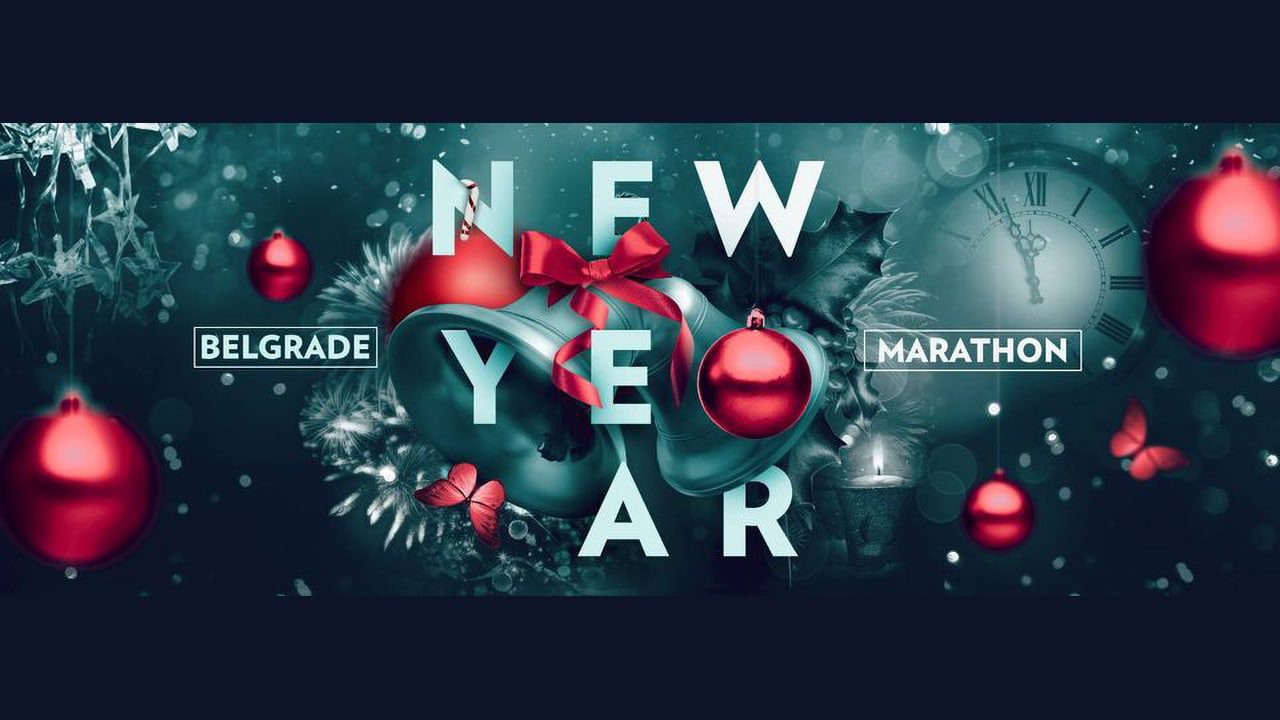 After 3 long years of break, we are back with the warmest tango party of the year ❤ Let's say goodbye to this year and welcome the new one together with 3 nights and 2 days of pure tango joy! This time we will be celebrating at Tango Natural. The home of tango in Belgrade […]

Registration opens on: 18.10.2022 at 12:00 noon EXCELLENCE Warsaw New Year Tango Marathon The highest quality of the Milonga Warszawska. The best DJs from around the world. Exclusive interiors. Refined luxury menu. Two dance spaces (Days & Nights) . The world is changing, so we did everything in our power to keep our PRICES UNCHANGED […]

Remembranzas New Year’s Eve Tango Marathon invites you to a unique New Year's Eve marathon, which will be spend in a beautiful space and an even more beautiful group - friends, acquaintances, tango madmen Four days of great fun! A beautiful room with a dance floor, New Year's Eve gala dinner and many surprises. All […]

Please join us for the 11th Annual Toronto Tango Marathon from Friday, December 30, 2022 to Sunday, January 1, 2023. It will be an amazing weekend of Argentine Tango in Toronto, with beautiful music, great venue, lots of dancing, and delicious refreshments. We have invited outstanding DJs to keep you dancing to the wee hours. […]

Can 030tango film at my event?

030tango is open to cooperate with your event too. Just get in contact with us, so we can talk about details.

How to add an event to the 030tango calendar?

To add your event to the 030tango calendar, you can use our event submission form. This way we have all information we need to add your event and make it more visible to all tango dancers out there.

The 030tango event calendar will stay free for organizers and we also will not add advertisment in the future.

What's the difference between a festival and a marathon?

The difference between a tango festival and a marathon is mainly, that on most marathons you don't take classes, have performances or live music.
While some organizers tend to deviate from the established formats, if you go to an event named festival or marathon you can normally expect these things:

Festival: It usually goes over the weekend. Often times a tango festival even starts on Thursdays (or before) and includes the Sunday night. You can expect shows at the nightly milongas and classes by maestros during the days. Many bigger festivals include live music at their night milongas on at least one night.

Marathon: The "classic" marathon format happens from Friday evening until Sunday afternoon. The guests often times want to maximize their dancing time, you will rarely find any classes or performances. At a lot of tango marathons there will be food served during the whole day. This makes it easier to socialize and creates an all included event.